The tension between an MVP and the work that comes afterwards....

In my previous blog, I shared some comments on a gap that we see often times between Marketing and Tech.

After the launch of a brand new digital or connected product, marketing wants the product to shine in campaigns, establish partnerships and respond to the first feedback of (early) customers.

On the other hand, developers are happy that the product is live, the pressure towards a launch has vanished, so they can fix the corners they had cut, and worry about technical debt.

Now, what happens before a launch?

When a new and innovative product is conceived, everyone is excited. A vision for the product is established, a Product Owner gets assigned, a Scrum Master will organize an Agile development team, and off we go.

The product will be described in terms of features and benefits, and what it will do for customers. A list of ‘Must have’, ‘Should have’, ‘Could have’ and ‘Nice to have’ functions and features is composed, which serves as the basis to define an MVP.

A Minimum Viable Product is, as the name suggests, the minimum product specification required to have a viable product. A product that has a reason (or right) to exist. The idea behind an MVP is that you want to generate feedback from the market as early as possible and have the market determine where priorities need to be set for further development. This limits the risks of spending development resources on product development on products that the market does not need.

In practice, we see the following: as soon as the MVP has been determined, everyone is excited to build this MVP. But the reality is harsh, progress is not going as expected. Things turn out to be more complicated, it takes longer to build, the user stories were not that clear at all.

Time is ticking. Developers have other projects coming up to worry about. The number of sprints initially planned for the development is running out.

And then: time’s up. There is the product. More minimal than originally conceived. Maybe even half-baked. Veiled in promises of future upgrades and improvements.

The uptake of the product is not what was hoped for, the press is not as enthusiastic as they always seem to be when Apple launches a product. The development team moves on to the next project, maybe with some resources left for some bug fixing.

And the question arises: Is this product viable?

Recognize this? Within our networks, we hear this a lot. And honestly, me too. I have also released products that have not generated my biggest pride.

Let’s get in touch. We have some ideas how you can easily spice up your product with minimal development effort. So you can stick to the core of your development, and we add the bells and whistles that makes your product ‘nice to have’.

Example? For a supplier of connected smoke detectors, we added the feature that they re-order their own replacement batteries. With ZERO coding efforts for any of the parties (smoke detector supplier, payment provider, battery fulfillment partner).

While developing a smoke detector, having the device reorder its own batteries would typically be a function that would initially be scrapped, partly because it is complex to organize the whole chain. This is where Olisto comes in … 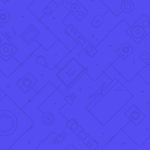 Overcome the gap between marketing and tech in your company

This website uses cookies to improve your experience while you navigate through the website. Out of these, the cookies that are categorized as necessary are stored on your browser as they are essential for the working of basic functionalities of the website. We also use third-party cookies that help us analyze and understand how you use this website. These cookies will be stored in your browser only with your consent. You also have the option to opt-out of these cookies. But opting out of some of these cookies may affect your browsing experience.
Necessary Always Enabled

Any cookies that may not be particularly necessary for the website to function and is used specifically to collect user personal data via analytics, ads, other embedded contents are termed as non-necessary cookies. It is mandatory to procure user consent prior to running these cookies on your website.