Philips HUE brought the experience of the football stadium to the livingroom. 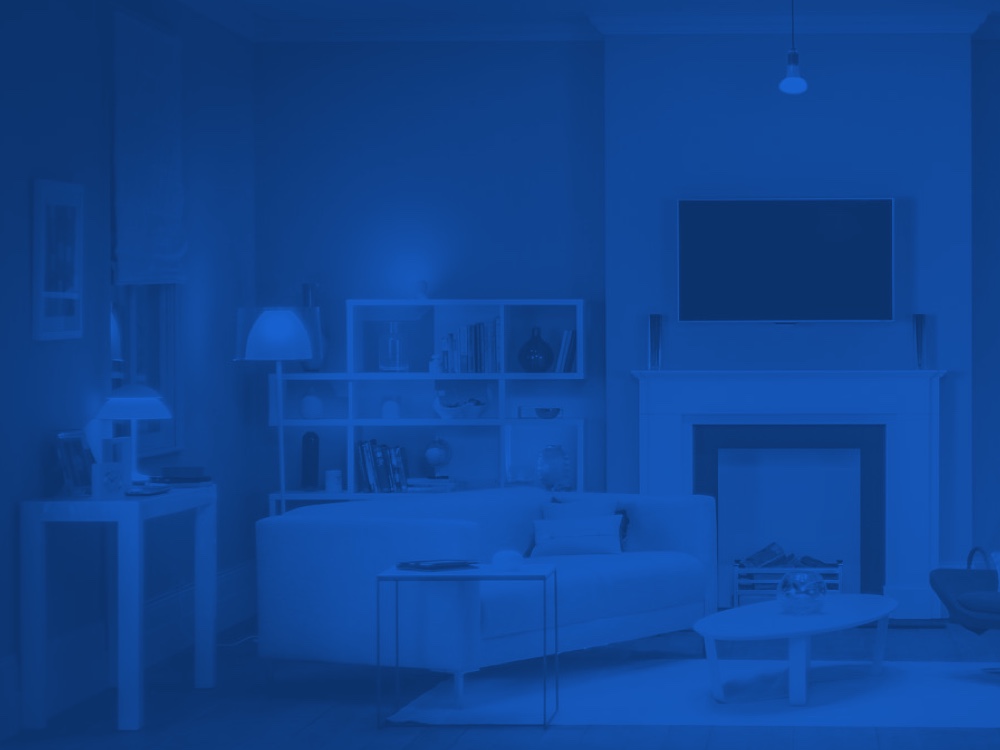 Philips wanted to create the ultimate world soccer cup experience for Hue users in Belgium. In addition they wanted to increase the number of bridge activations in Belgium. The request was to create a campaign where the Hue lights would react to the matches of the Red Devils.

Olisto and Hue were already connected on the Olisto platform. The next step was to create a bundle of triggs connected to the Hue and the soccer channel. According to Olisto’s When – Then principle it was possible to connect the lights to events of the match. 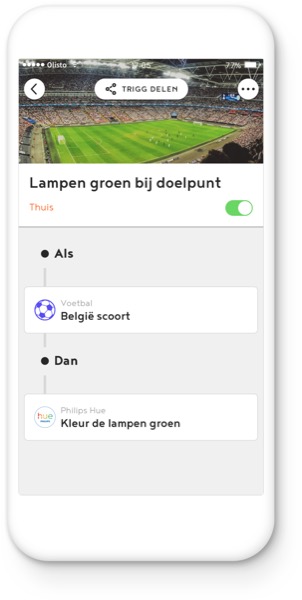 Philips created special Hue package deals, distributed in stores and online. To make sure people were aware of the Soccer trigg bundle, we created trigg cards accompanied with each package sold.  By scanning the QR-code on the trigg card the user was able to simply activate the World Soccer Cup bundle for his Hue lights.

In June we launched the Hue World Soccer Cup campaign. This resulted in the following bundle of triggs: 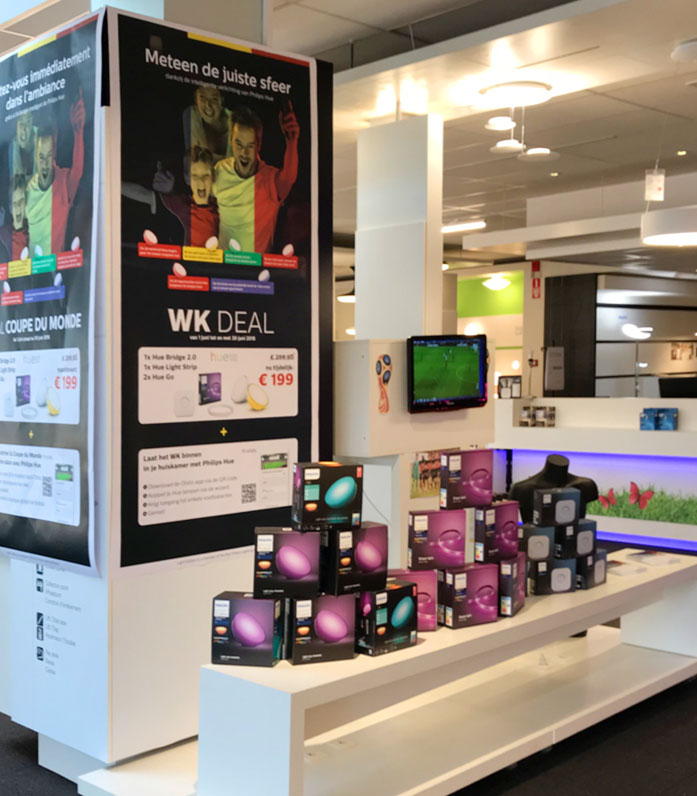 The campaign brought in new Hue and Olisto users in Belgium, as well as  a big increase in connected Hue lights. For Philips we made this campaign possible for them without the high costs of development, resources and monitoring. 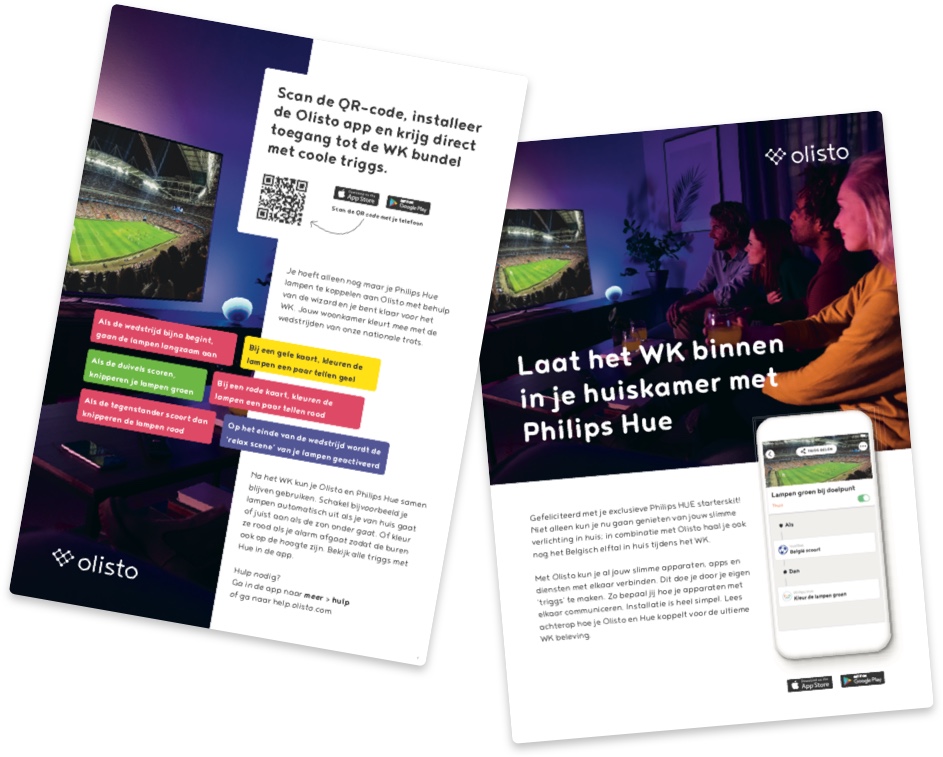 With every Hue package sold by LightGallery, the soccer bundle for the lights was scanned and used!

Being connected to the Olisto platform means being connected to a world of smart connections. Olisto created a smart bundle which made Hue-lights react to events of a soccer match without any extra development from our side.

This website uses cookies to improve your experience while you navigate through the website. Out of these, the cookies that are categorized as necessary are stored on your browser as they are essential for the working of basic functionalities of the website. We also use third-party cookies that help us analyze and understand how you use this website. These cookies will be stored in your browser only with your consent. You also have the option to opt-out of these cookies. But opting out of some of these cookies may affect your browsing experience.
Necessary Always Enabled
Necessary cookies are absolutely essential for the website to function properly. This category only includes cookies that ensures basic functionalities and security features of the website. These cookies do not store any personal information.
Non-necessary
Any cookies that may not be particularly necessary for the website to function and is used specifically to collect user personal data via analytics, ads, other embedded contents are termed as non-necessary cookies. It is mandatory to procure user consent prior to running these cookies on your website.
SAVE & ACCEPT